After completing a few Birthday projects in 2019 I was approached by a friend to work on a design for her daughter’s 1st Birthday. She wanted a Bubble theme and showed me a few ideas of what she had in mind. Using her Pinterest board as inspiration I was able to find a bubble SVG file and designed the rest around that. My first step was creating the invitations. (above image) Once I designed the individual pieces and text on Cricut Design Space, I use the print and cut feature then assembled the elements. It was a lot to assemble and tricky to make them exactly the same, but it was a success. I am so happy how they turned out, and so was she.

I designed a “One” cake copper using glitter cardstock. The Cricut did amazing cutting this with the custom ‘Glitter Cardstock’ setting since it is a little thicker than regular cardstock. I adhered it to two toothpicks and it worked great on the cake she had made.

I also designed a name decal for her highchair. Once I had the name designed in the chosen script font I cut it out on the glitter cardstock, added two holes in the ends and she tied ribbon to it to hang in front of her daughter’s highchair. It looked amazing!

She also wanted some favour tags for some bubble bottles. These were simple to create on Cricut Design Space using the print and cut feature. I used my paper punch to cut out the flower die cuts as the backing, added holes and then she added ribbon to tie around the bottles.

Ever since getting the Cricut my little guy was very eager to help. He was only 3 1/2 when I got it, but he just loves doing creative projects with his mama. So with my wild little love in tow, we created these little 1’s for confetti on the table. He was such a good helper!

The best part of this project was making her vision a reality. Its such a successful feeling when you can create what someone else envisions, and such a joy to create something that they are happy with! A first Birthday is no joke, its such a milestone to reach and an important time to celebrate. I was thankful she chose me to design the little touches for her daughters special day.

We are Created to Create! 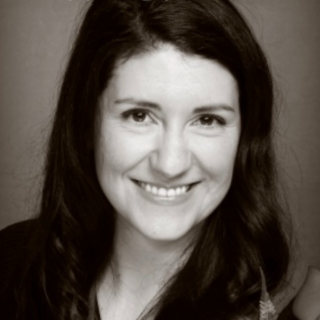 I am a Biochemist turned Stay at Home Mom and loving every minute of it! As a wife and Mother of two I keep busy at home and have recently rediscovered my passion to create. I enjoy Gardening, Music, Memory keeping and making things with my Cricut. Outside of the home I lead Worship at our local Church and also serve as a Worship Coordinator. My greatest passion is Jesus Christ who is my Lord and Saviour. His love transformed my life and I seek to share His love with others whenever I can. I enjoy connecting with others and sharing encouragement, which is what I hope to do with my blogs.

🍎 Teacher bags. These were fun to make! I made them at the beginning of summer but as school approaches why not get a gift for your teacher to start the year!!
I’m so thankful for this business I started back in #2018. It started as a blog and has grown into a business making signs and home decor. We’ve had fun making custom wood projects and more. Wood is the main product medium that we work with, but we’ve also done shirts and mugs as well depending on seasonal demand. Thanks to everyone who has supported this business!! It’s been a joy serving the #north with our products and creations!
#beardbottle #fun #cricut
#choosehappy Loving this sign! So thankful for the inspiration I get from my customers!! This is a 6x6 sign. I’m hoping to start making some scrabble tiles soon! Having fun with these designs!
Me and my babes!! Motherhood has been one of the most challenging things I have ever done, but the absolute most rewarding adventure of my life!! These two are my heart beat and the air I breathe! Love you so much kiddos!! You make me smile every day 😘 love you 😍-momma
This Cape Cod Grey shelf has been super popular!! I absolutely love it in my living room! Great for plants or showcasing your essential oils! #trending